When considering central AC vs a mini split for your home, there are several key things to keep in mind. We’ll break down the key areas of deciding between central AC vs mini splits and the pros and cons of each.

Mini split units use inverter technology, allowing them to run with little energy. They also use variable-speed compressors so they can run as efficiently as possible. Central AC units typically have just one or two speeds, so they have to turn on and off more frequently.

Efficiency is measured by the Seasonal Energy Efficiency Ratio (SEER). Central AC units are required by law to have a minimum SEER rating of 13, although the average unit ranges between 15 and 18 SEER, which is considered by the Department of Energy as mid-range for efficiency.

Mini splits are required to be a minimum of 15 SEER, but more systems average between 20 and 25, which is considered high efficiency.

The cost of either solution can vary greatly depending on the size of your home and the efficiency of your unit.

If your home has existing ductwork, installing a central AC will be lower in cost than mini splits — depending on how many you need to install. If you’re doing an entire house, mini splits will be more expensive upfront. However, many homeowners find that they realize savings in energy bills over time with mini splits that create a lower total cost of ownership (TCO).

If your home does not have existing ductwork, the costs for installing central air will be much higher.

Mini splits give you flexibility in choosing the unit that provides the exact amount of cooling power you need. Central AC units are great for cooling large homes, but not be a good fit for smaller homes.

Another key factor in central AC vs a mini split is that central AC will generally have to run for longer periods. While a mini split puts cool air directly from the unit into the room, central AC has to pass cooled air through ducts. According to Energy Star and the US Department of Energy, 20-30% of cooling capacity is lost when passing through ducts. This results in higher energy usage (and costs) to make up for lost cooling power.

Mini splits do not require ductwork. If you have an older or historic home, the time and cost of installing ductwork can be especially prohibitive (or may not be possible at all). Having to put in ductwork may also require additional labor, such as opening up walls and ceilings and then having to repair and repaint.

The Pros and Cons of Central AC vs Mini Splits

Besides the items listed above, there are also other pros and cons to think about that may help you with your decision.

Day & Night Mechanical Solutions in Denver, CO can evaluate your home and help you decide whether central AC or mini splits are the best option for you. Contact us today at 303.936.2696 or book an appointment online. 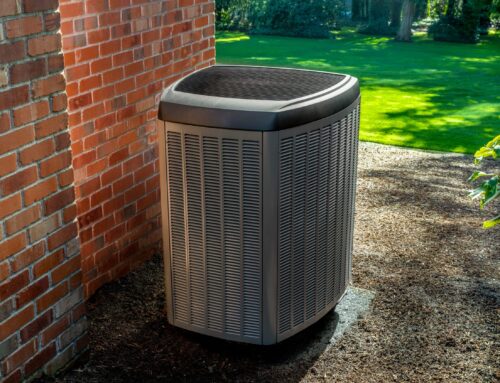 What Size Heat Pump Do I Need? Here Are What Our Specialists Recommend

What Does BTU Stand for, and What Does It Mean for Your Furnace and Air Conditioning?